I started bowling as soon as I could walk. My parents met at Hoover Lanes in Dayton, Ohio and were both bowlers. My dad averaged 210-215 and my mom averaged 169. When I say 169, I mean 169. For 7 years she couldn’t average any more or anyless. She is still the most consistent bowler I know. I grew up playing a lot of sports besides bowling. I played baseball, football, basketball and golf through all of middle and high school. However, once I graduated from Trotwood Highschool I mainly focused on bowling. I had a lot of early success in bowling which made me gravitate towards the sport. I broke the 200 average threshold at 11 years old, bowled my first 700 series at 11 years old and inevitably bowled my first perfect game at 13 years. At 13 years old, I bowled my first junior tournament and quickly found out that I still needed to work on a lot of things. I always had a good work ethic which helped me a lot. I didn’t have a lot of success in tournament play as a junior but, did happen to win my very last JTBA event which was a junior/adult event. I bowled as an amateur for awhile, but was inevitably motivated to compete against the best, so I joined the PBA at 23 years old. This meant a lot ot me because at 7 years old I told my mom that I would become a professional bowler and marry LeAnne Barrette, and I accomplished half of that. I went on from there to win 4 PBA regional titles and meet some of my closest freinds and still enjoy the sport for the memories and experiences it provides me.

GET TO KNOW GREG THOMPSON JR. 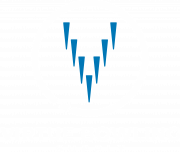